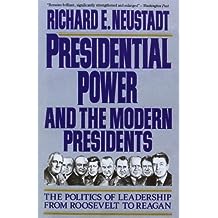 As is customary, several commentators have offered assessments of President Trump’s first year in office.    These appraisals have varied, and I encourage you to “Google” and review several for yourself.   Most of these evaluations have been offered by political elites, but since Trump’s appeal is a populist one, it’s important that average voters make their own assessments of his first year, and I invite you to do just that.

These are the rules of participation.  First, your appraisal must employ at least one of the assessment tools discussed below.  Second, your review should be 250 words or less, and third, you agree that I may use all, or parts, of your review (including your name) in a future column.  Appraisals, along with your conTact information, should be emailed to evalTrumpyr1@gmail.com no later than January 23, 2018.   To guide your efforts, below are three analytical perspectives employed by scholars to determine presidential effectiveness.

Recall that our system of separation of powers was designed to make it difficult for any one branch to do much on its own.  Therefore, to achieve their policy goals, presidents must carefully navigate our Constitutional system of fragmented power.   In my beginning American Government course, students are introduced to ways that scholars try to objectively evaluate how well presidents are able to move their agendas.   What I refer to as “the debate between the two Richards” is a helpful starting point. In his classic book, Presidential Power, Richard Neustadt argued that a president’s sole power is that of persuasion.   Translating campaign promises into policy achievements requires presidents to get Congress, bureaucrats, interest groups, courts, and/or the public, to go along with them.   Neustadt also notes that persuasion is strengthened with a clear electoral victory, and the larger the vote margin, the more persuasive a president can expect to be.  More successful presidents also bring the nation together with inspiring rhetoric and action.   How well has President Trump used the power of persuasion?

On the other hand, scholar Richard Nathan has argued that besides persuasion, presidents have other tools that can be used to advance their agendas, including the powers of executive appointments and executive orders.    How do you think the president has wielded these tools?   To aid your analysis, here are two nonpartisan sources of data.  Appointments: https://ourpublicservice.org/issues/presidential-transition/political-appointee-tracker.php.  Executive orders:  http://www.presidency.ucsb.edu/data/orders.php.

Finally, noted journalist Headrick Smith has argued that successful presidents are those who a) keep their agendas focused and simple, rather than sprawling, b) are able to build coalitions among opposing interests, while keeping their base of support intact, and c) are able to create and maintain a positive public image.   How would you rate Trump on these three aspects of effective leadership?   Are you thinking like a political scientist now?   I look forward to reading your reviews, and including some of your opinions from across the spectrum in a future column.