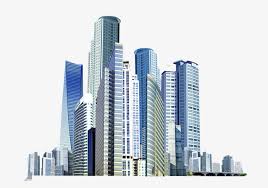 “Corporations are people, my friend.”   This was GOP presidential candidate Mitt Romney’s awkward response to a heckler yelling for more taxes on corporations at a 2011 campaign stop in Iowa.  His sentiment ultimately became a rallying cry for Democrats in 2012 when at the kickoff to his reelection bid, President Obama emphatically stated, “I don’t care how many ways you try to explain it, corporations aren’t people.  People are people.”     As it turns out, one was righter than the other, and the consequences of that have significantly undermined our democracy.

Eight years ago, the Supreme Court issued one of its most controversial decisions when it ruled in Citizens United v. FEC that corporations, including nonprofits, have an unfettered Constitutional right to spend unlimited amounts of money on elections.   Since then, 19 states and over 700 municipalities have passed resolutions calling for a Constitutional amendment overturning the decision, and a majority of Americans has consistently opposed the ruling.   Citizens United released a flood of “dark money” into elections from undisclosed donors in corporations, and many of these organizations were created solely for that purpose.   According to the nonpartisan Center for Responsive Politics, these entities spent over $181 million in the 2016 election, up from $5 million in 2006.   That’s enough money to give 12,500 teachers a 25% raise.  Most significantly, 76% of this money was spent by conservative groups, clearly countering specious claims that the field is level for all interests.

How did we get to this point?   In We the Corporations, Adam Winkler traces the development of corporate rights, and notes two competing legal theories.  One maintains that corporations are artificial constructs; they are inherently separate from the people behind them.  In short, they’re not people, but a legal veil that shrouds the individuals who establish them.   The other theory argues that corporations are associations of individuals, and hence are people.   This argument relies on “piercing the corporate veil” in order to provide legal protections to members of corporations, including the right to anonymously contribute unlimited money to political campaigns.  This was the theory the Supreme Court’s slim majority relied on in deciding Citizens United, and also the theory that Mitt Romney awkwardly tried to explain to his heckler in 2011.

Many Americans agree that the amount of money spent on campaigns is obscene, and undermines the basic principle of one person, one vote.  While overturning Citizens United is a laudable goal, amending the Constitution is difficult.  A more modest, but significant objective would be complete transparency in campaign financing achieved by a Congressional law “piercing the corporate veil” and requiring the sources of all campaign donations and expenditures to be publicly and explicitly disclosed. Since Russians were willing to break our laws to weaken America’s democracy, one protective measure is closing the loophole that allows corporations—with members potentially from anywhere—to anonymously fund our elections.  If corporations are people, we have a right to know who they are.